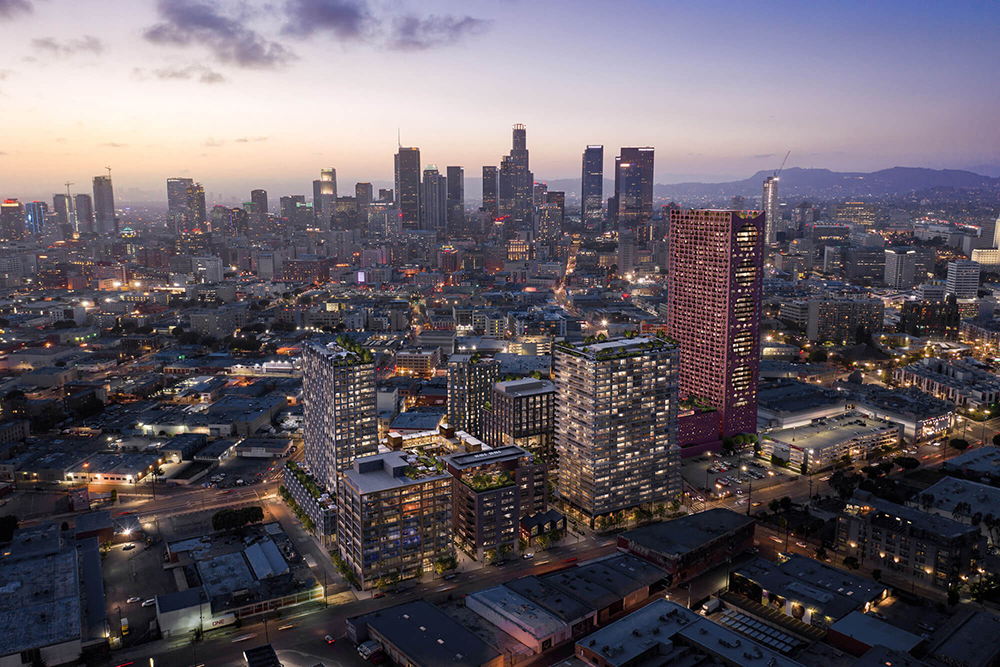 A mega mixed-use district could be coming to Downtown L.A.’s Arts District

Big changes could be on the way for Downtown Los Angeles, as a $2-billion master plan revealed this morning at 4th Street and Central Avenue portends an evolution of the city’s Arts District.

Denver-based developer Continuum Partners today submitted an application to the City of Los Angeles for plans for Fourth & Central, a 2-million-square-foot-plus, mixed-use neighborhood that would replace Los Angeles Cold Storage’s operations at the site. Continuum is apparently bullish on the prospect of tenants returning to the office post-COVID and has hired the L.A.-based Studio One Eleven to both master plan and design most of the buildings on the industrial site. L.A. Cold Storage, which has operated in the city since 1895, is also on board with converting what is currently a complex of refrigerated warehouses into a 10-building campus.