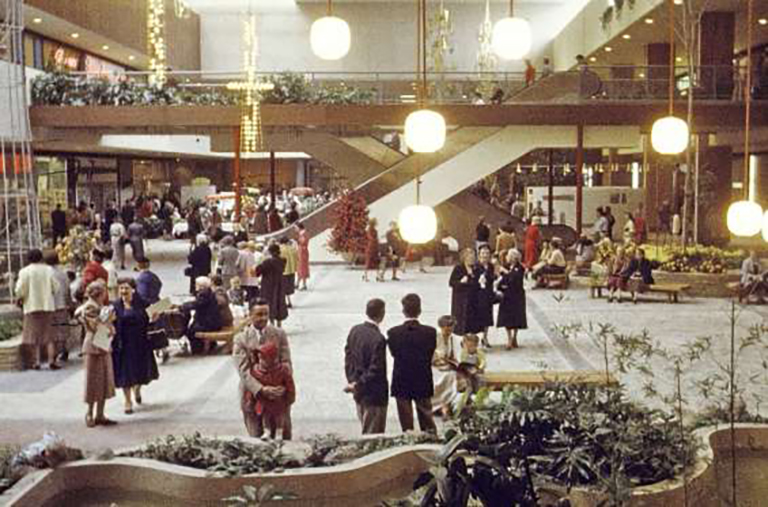 When the Southdale Center in Edina, Minnesota, opened its doors in 1956, its design was revolutionary.

Southdale was the first modern indoor mall in the U.S., and eventually became a national symbol of car-centric, consumerist, postwar suburbia.

The shopping mall featured a large central atrium with escalators that led to two upper floors. A pair of department stores anchored each end of the climate-controlled complex, which was surrounded by thousands of parking spaces.

Over the next half-century, thousands of American malls copied Southdale’s layout (which has since gone through several renovations).

While Southdale is still open today, a number of similar malls have died or are being redeveloped to survive, due largely to the rise of online shopping.

Click ahead to check out the history of Southdale, which defined American shopping habits throughout the late 20th century.