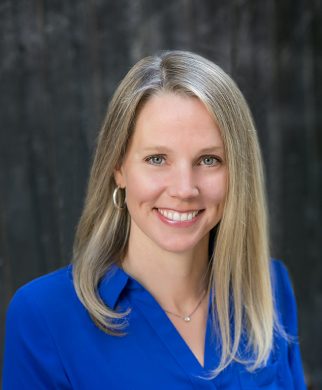 Jenny is the Chief Financial Officer, leading all debt and equity transactions and directing asset management activities. Jenny originally joined Continuum’s finance department in 2005 where she has worked on sourcing debt and equity for a number of Continuum’s development projects to date as well as underwriting new project opportunities. In her current capacity, Jenny has overseen the debt and equity raises for Continuum’s $120M Block A project, Continuum’s $200M Market Station project and the $48M public finance component of Continuum’s 9th + Colorado project.

Following a move to California and Nevada, Jenny returned to Continuum in 2014 in the role of Development Manager on the 9+CO and A Block teams where part of her role included working with the Disadvantaged Business Enterprise/Small Business Enterprise programs to encourage involvement in Continuum’s projects. In the spring of 2015, Jenny was appointed to Director of Capital Markets and Asset Management and again promoted in 2018 to her current role.

Jenny currently sits on the board of a $130 million asset community bank and takes an active role with several real estate industry organizations. She is heavily involved with the University of Colorado Real Estate Center, ULI, the Downtown Denver Partnership Leadership program, and CREW, being twice nominated for the Woman of Influence award in 2015 and 2017.

Mentoring young women entering the professional workforce is a passion of hers and she currently has two mentees through the Denver Urban Scholars program and the CU real estate center.

Jenny began her career in real estate with Principal Financial Group, as a commercial mortgage underwriter.