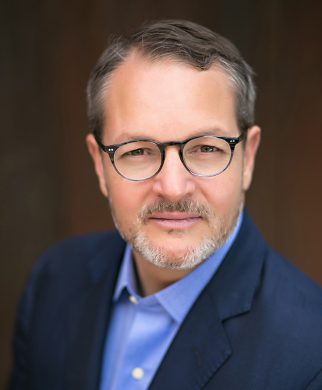 Mark Falcone founded Continuum Partners, LLC in Denver in 1997. Since its inception Continuum has successfully completed over $2.5 billion of development and established itself as a national leader of complex, mixed use urban infill projects.  Continuum is currently under development on the $400m mixed use project in Denver called 9+CO, it is completing the $200m Market Station in downtown Denver and is under construction on the $120m LA Produce project in downtown Los Angeles. Continuum has additional large scale projects in predevelopment in downtown Portland and Los Angeles.

Prior to forming Continuum, Mark worked with The Rouse Company’s division of Office and Community Development in Baltimore, MD and served in several key roles in his family’s real estate development group, The Pioneer Companies. He graduated with a BA from Colgate University in 1985.

Throughout his career Mark has been actively engaged in the dialog to advance more sustainable settlement patterns within his industry and amongst public policy makers. Over the years Mark has served in several volunteer leadership positions for the Nature Conservancy, a not for profit affordable housing developer and other various organizations focused on the issues and challenges of our built environment. Mark has also served on other boards including NEA’s Mayor’s Institute on City Design, Colgate University and the Bonfils Stanton Foundation.

Currently Mark is a member of the University of Denver Board of Trustees, he serves as Vice – Chair of the Biennial of the Americas Board and is Trustee Emeritus of the Museum of Contemporary Art/Denver.

As chair of the Colorado Chapter of the Nature Conservancy, Mark led a statewide 50 million dollar campaign for the protection of several major landscapes, including a collection of ranches in Southern Colorado which now make up the Great Sand Dunes National Park. In 2004 he and his wife Ellen Bruss donated a piece of land to the Museum of Contemporary Art Denver which led to the construction of a new building by David Adjaye. Mark led the 16 million dollar capital campaign to fund the building.

Mark is currently leading a new initiative between the Nature Conservancy and the Biennial of the Americas called the Youth Congress for Sustainable Americas. This new partnership is assembling a network of young citizen activists throughout Latin and North America to coordinate action across the hemisphere which will lead to measurable progress on Climate Action initiatives. The delegates include members from Mexico, Peru, Brazil, Columbia, Argentina, Uruguay, Chile, Cuba, Canada and the United States.

Mark has two children. Sonya graduated from Colgate University in 2012, earned an MBA from UCLA and is a founding partner of the LA based affordable housing developer Daylight. Luke graduated from Willamette University in 2015 and completed his Masters in Architecture at SciArc in 2020.  Mark is married to Ellen Bruss, founder and owner of EBD Design, a branding and graphic design firm.