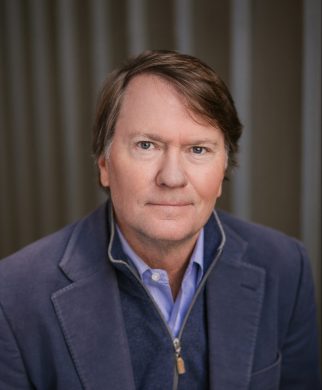 Peter Fair has been a principal at Continuum Partners since 2001 when he first became involved in Continuum’s Belmar project which was named Urban Land Institutes (ULI) 2006 Award for Excellence: The Americas.

Peter became a co-owner of the Continuum Partners entity with Mark Falcone in 2008. Along with Mark, Peter manages strategic planning of all retail programming and leads all retail leasing initiatives.

In addition, he oversees Continuum’s advisory services for a variety of institutional clients. Over the years Peter has worked directly with the following institutions: KKR, Goldman Sachs, Colony Capital and Dune Capital.

Prior to joining Continuum, Peter was a Senior Managing Director and Partner with Tishman Speyer. During Peter’s tenure at Tishman Speyer, he was responsible for all retail and entertainment redevelopment of the iconic landmark Rockefeller Center from 1997-2001.

Additionally, Peter directed the retail renovation of the Met Life building in New York as well as the Yahoo Center in Santa Monica, CA. From 1993-1997, Peter was a Vice President with the Walt Disney Company where he directed the rollout of over 450 Disney Stores in North America and Canada.

Prior to Disney, Peter was a Project Manager with Hilton Hotel Corporation in Beverly Hills, CA. Peter’s responsibilities at Hilton included renovation of over 500 guest rooms, suites and multiple function spaces at the landmark Waldorf Astoria Hotel in New York City.

Peter graduated from Cornell University in 1985 with a BS in Hotel Administration.