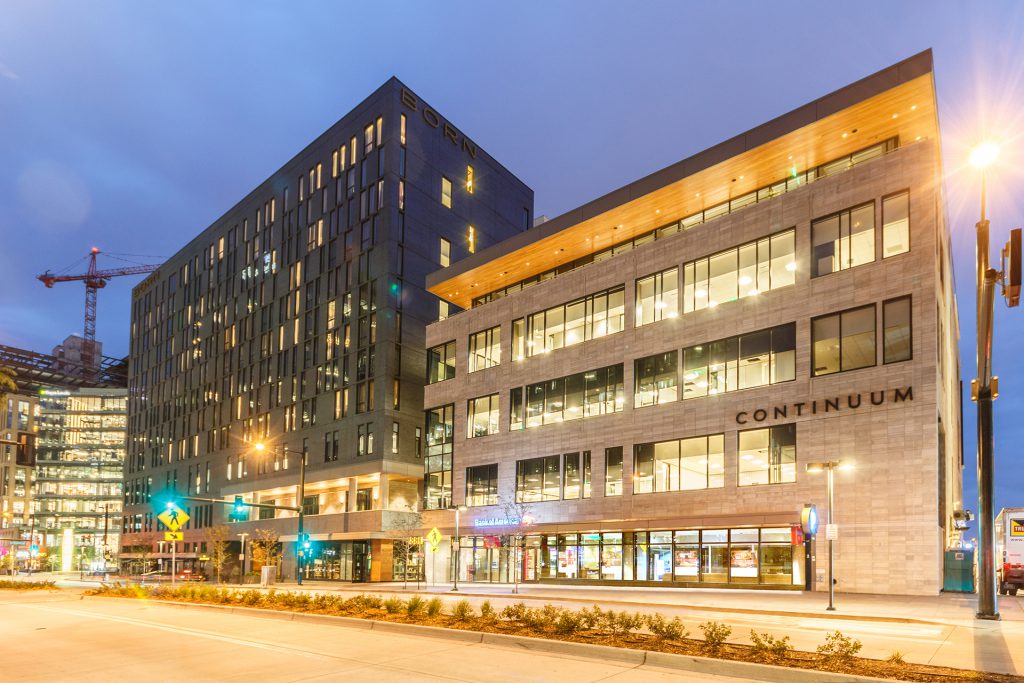 Union Station is one of those rare projects that elevate not only a neighborhood, but an entire region, and Block A is one of the keystones of the multi-billion dollar redevelopment.

This $120 million hotel, office and retail complex is located at the head end of the dramatic Commuter Rail Station. It also anchors the corner of 16th Street and Wewatta St., and encloses the key pedestrian connection between the 16th Street Mall and the commuter train platforms. Passengers arriving on the A Line (the Airport Train) will be able to walk directly into the hotel and office building under the cover of the train canopy.

“Block A will be the first thing visitors see when they step off the train in Denver” said Mark Falcone, CEO of Continuum Partners. “It is effectively the head end to the commuter train platform”.

Featuring over 300,000 square feet of mixed-use space, Block A is anchored by a 12-story, 200-room Kimpton operated hotel. This $98 million 4-star boutique hotel will include 8,300 square feet of meeting space, street-level and rooftop patios and two restaurants operated by local celebrity chefs.

“The complex will be a unique, urban oasis… a destination for world travelers and locals alike.”
Sarah Semple Brown, co-founder and principal of Semple Brown and the project’s architect